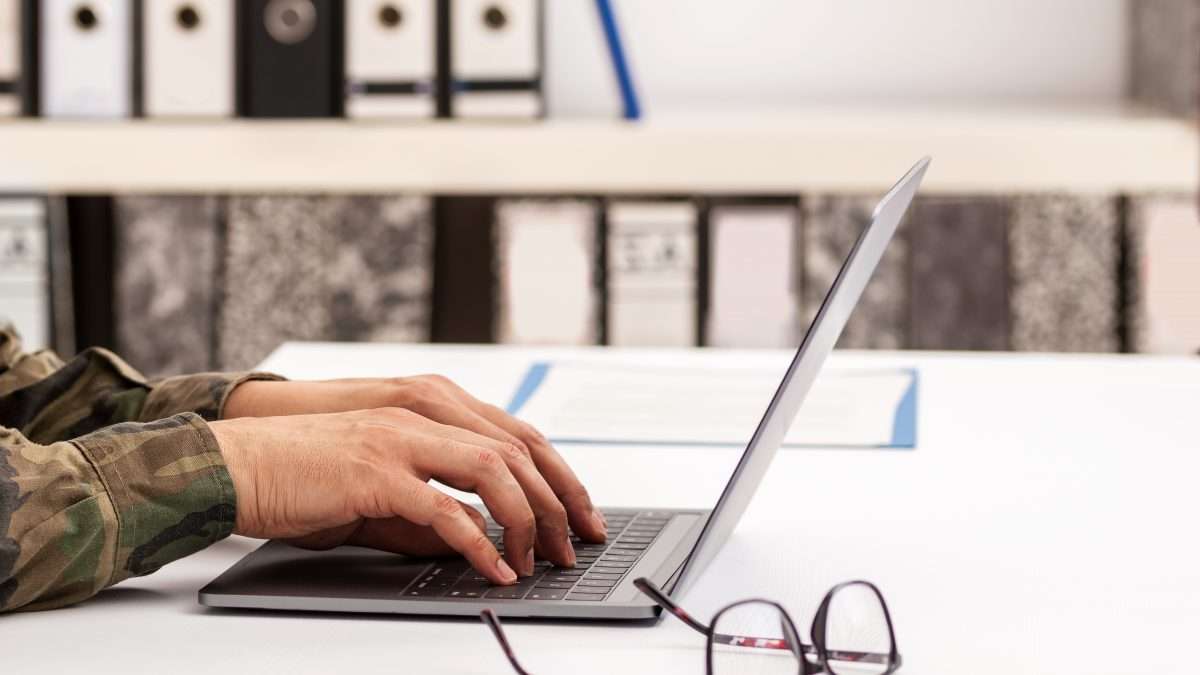 Caleb Walker didn’t take long to feel at home in the Canadian Armed Forces. He joined up after high school and was immediately drawn in by the sense of teamwork and mission-driven camaraderie.

“That’s why I stayed in as long as I did,” Walker said. “As soon as I did my first mission with 30 other soldiers it was like, ‘Yeah, this is for me.’”

“I did two tours to Kandahar as a troop commander,” he said.  “My third tour I was in charge of the close protection of the Canadian ambassador in Kabul.”

After returning home, Walker spent time working to help homeless veterans, and saw firsthand how former soldiers often struggle to find a foothold in the workforce.

“You could be in charge of a multi-million-dollar technology, top-of-the-line technology.” Walker said. “Then you get out, and [employers] look at you and say, ‘OK, you can’t really do anything in technology, you have to go do a manual labor job.’ That was really affecting the mental health of all veterans.

About two years ago, a friend introduced Walker to WithYouWithMe, an organization that helps veterans transition from military service to in-demand jobs through free, tailored training for technology roles.

WithYouWithMe was founded by Tom Moore, a former Australian infantry officer. After he was injured serving in Afghanistan, Moore left active duty and finished his time in the military helping fellow soldiers transition to civilian life.

Just as the comradeship of military life had rapid appeal to Walker, he was instantly attracted to the WithYouWithMe mission.

“I checked it out and immediately said ‘How do we bring this to Canada?’”

It didn’t take long. About six months after he first discovered it, Walker became the Canadian country manager for WithYouWithMe. Besides helping veterans, the organization also seeks to improve employment outcomes for military spouses and Indigenous people.

Walker, who is married, knew all-too well how challenging life in the Forces can be for military spouses, whose career aspirations often suffer with frequent moves to new bases across Canada, or around the world.

“You see it all the time,” he said. “Military spouses, they have so much potential, a lot of them have degrees or education but the job market where they live is not able to support them.”

WithYouWithMe brings a military mindset to solving employment issues. Participants begin with a psychometric assessment of their aptitudes, abilities, and learning style. Based on the results they’re steered toward an appropriate area of study, or invited to take whatever courses appeal to them. Once a month, WithYouWithMe runs training ‘boot camps’ in each of its different subject streams: AI, robotics, and data and cyber security.

“We look at people based on their potential and we give them the skills, we bootcamp them and get them ready to go,” Walker said. “When people have the right potential, the right aptitude and psychometrics, the right personality for a role, and they get confident, they learn really fast.”

At the same time as it’s training people, WithYouWithMe also works to forge relationships with employers, assessing their skills needs and project requirements before building and preparing teams of specially trained workers to handle each specific assignment.

“We’re able to look at the whole problem holistically,” Walker said. “We’re not just trying to train more people up for positions that aren’t required.”

“I grew as a person…all from actually getting a purpose and direction.”

Greg Hanniman spent 11 years in the Canadian military, working in the high-pressure role of bomb disposal. He suffered from “pretty severe PTSD and other mental issues” during and after his service.

“I was barely home, I didn’t see my family much, and I was deployed in a high-threat environment, so my mental state wasn’t the best,” Hanniman said.

Life was a struggle until Hanniman found work through WithYouWithMe. A cyber security job gave him a new purpose and helped him find balance.

“I grew as a person,” Hanniman said. “I went from being very neurotic, very self-absorbed, and very upset and angry to being a very happy, very lovable person, all from actually getting a purpose and a direction.”

Inspired and energized by success stories such as Hanniman’s, and many others, Walker said  “it’s easy to get up in the morning” and continue his mission of helping veterans, military spouses and Indigenous people find rewarding jobs.