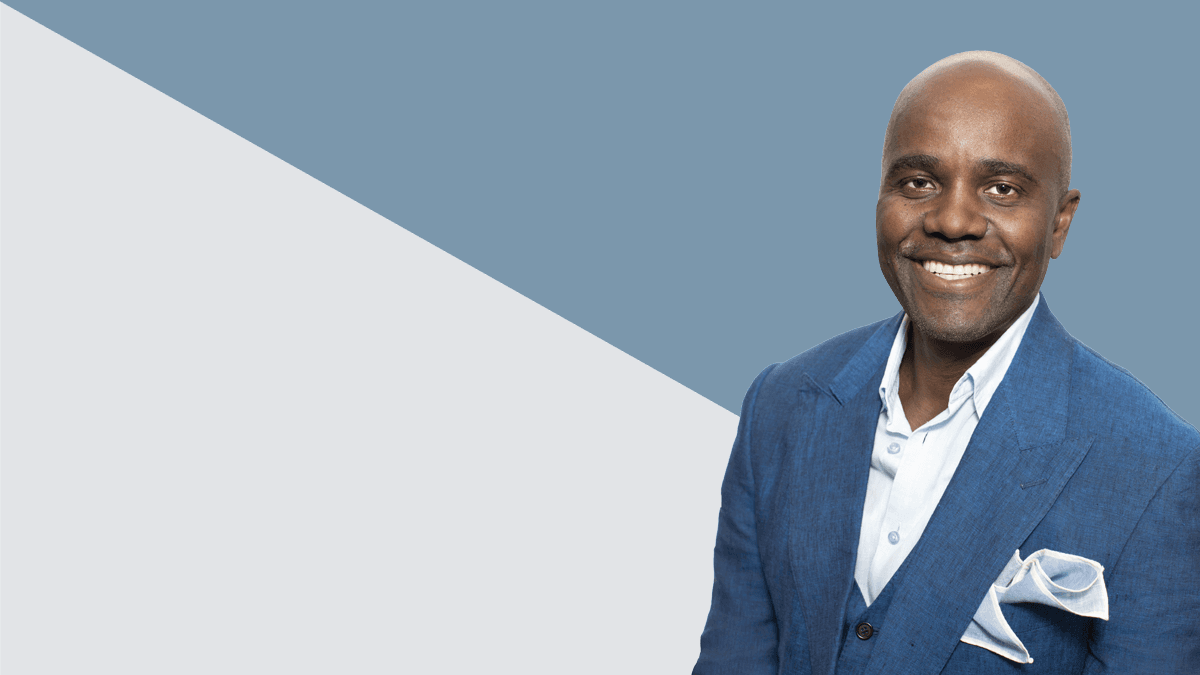 Toronto-based, award-winning entrepreneur Wes Hall proudly describes his journey as “from a tin shack in Jamaica to the top of corporate Canada.” The Founder and Executive Chairman of Kingsdale Advisors, the number one advisory firm in Canada, Hall’s is a rare and hard fought success story.

“When I wanted to start Kingsdale, it was hard to get backing and I had to find someone who looked like me and believed in my vision to start this business,” Hall recounts. Even as he achieved greater success since the founding of Kingsdale in 2003, Hall still found that corporate Canada didn’t have much space for those that looked like him. “I haven’t really seen too many Black faces in the C-suite or the boardroom and at points it actually felt normal to me,” Hall says.

With a growing voice and platform—just this year, Hall launched a new podcast in partnership with the TorStar Corporation entitled ‘Between Us’ that aims to highlight Black voices,  received an honorary doctorate from Ryerson University and the University of Ottawa, and became the very first Black investor-judge on CBC’s Dragons’ Den—he is now making it his mission to challenge business-world norms in Canada, and make his story one that’s more common.

The matter is personal for Hall. “When George Floyd was murdered, I looked in the mirror and saw George Floyd looking back at me. The police didn’t see him as anything other than a Black man, and that’s what I saw in the mirror,” Hall says.

Hall explains, “All these various systemic issues have impacted me throughout my life. Whether that’s pulling up at a fancy hotel and getting handed someone’s keys [for valet parking], or people assuming that I’m a drug dealer because of the car I drive. However presentable I was, I was treated differently.”

As a businessman, says Hall, “I decided to challenge corporate Canada to do something. I said, `Let’s start in our own organizations and see where this exists.’”

How diverse is corporate Canada?

In May 2020 after the brutal murder of George Floyd , Hall launched BlackNorth, an initiative committed to addressing all aspects of anti-Black racism by employing a business-first mindset. The organization’s goal is to bring together corporate partners across Canada to not only increase diversity within their own workforce, but support upcoming Black entrepreneurs and initiatives that remove barriers to employment and social mobility. The BNI launched their one of a kind ‘Playbook’ in November 2021, a free tool business leaders and organizations can use that comes complete with a step-by-step guide that will help them to fulfill their diversity, equity and inclusion goals by becoming more equitable citizens.

The challenge Black Canadians face was evident from the beginning. Hall says, “Start at the board level and question why this country has a Black population of 3.5% and not one can be found in our corporate boardrooms. The same can be said of the C-suite and our talent pipelines.”

Breaking down the numbers further, Hall points to the fact that representation saw little movement even as the corporate world made claims of its commitment to addressing systemic racism in the wake of George Floyd’s murder. “If we look at the TSX companies in 2020 when everyone had their attention on the BLM movement,  when companies decided they would do something, there were only 17 Black directors,” says Hall. “That number has now grown to19. At that pace, it will take 33 years before we see meaningful change.”

Hall adds, “Some companies bragged that they were very diverse, and perhaps they were diverse based on gender, but not racially or culturally. We must take a look at the definition of diversity and include BIPOC individuals and also include LGBTQ+ and persons with disabilities. What we end up seeing is a lot of zeroes in those categories, so we’re not as diverse as we thought.”

The purpose of the BlackNorth CEO pledge, which currently has more than  500 signatories, was, according to Hall, “to look at all career levels and make sure that we’re deliberate in targeting individuals from the Black Community.” Each signatory committed to sharing not just best practices, but also what didn’t work when it came to creating inclusive environments and in reaching the pledge’s goal of having Black professionals represent 3.5% of their executive leadership.

The third commitment in the CEO Pledge represents what Hall considers an essential best practice among leadership, which is a radical transparency and acknowledging problems that aren’t yet solved. Hall says, “What doesn’t work is not sharing. We indicated that we were going to share practices, though some folks aren’t proud of the information that they have, but we can’t solve a problem without it.”

Sharing best practices and tactics might include full transparency in detailing a firm’s current hiring process, which in many cases simply includes leaders recruiting from their own network or limiting their recruitment to certain channels, the result being a homogeneity in leadership. Hall mentions speaking with JP Morgan CEO Jamie Dimon and discussing how the organization pivoted from hiring exclusively from Oxford, where only 1% of the student population is Black.

By naming the problem and identifying its roots, Hall sees an opportunity for a conversation where leaders can reimagine practices, the way he feels Kingsdale has. “The problem is we look too much at credentials,” Hall argues. “When I started at Kingsdale, I had so many minorities apply, and I would do all the hiring myself. I always gave them credit for the experience they had internationally. If they worked 20 years in the sector, I gave them credit no matter what country it was in. If they spoke multiple languages, like many did, I knew they had potential and I honed it to my business. For that, I am really proud.”

Hall hopes that the CEO pledge will be a catalyst for businesses to be able to openly discuss their current hiring practices and learn from those who broke away from those that failed to yield diversity and inclusion,  like relying on networks and insisting on traditional credentials and experience, and saw their performance improve. These conversations, Hall says, are integral to demonstrating that diversity will help businesses grow and outperform.

Challenging corporate Canada to create change beyond the boardroom

Hall acknowledges that systemic racism can’t be addressed solely through the makeup of boardrooms and that barriers are raised long before the job interview for an executive position.

A major area of focus for Hall includes paths to home ownership through a bridging program. “One of the things we know is that home ownership can create generational wealth and the lowest level of home ownership in Canada is in the Black community. The Black community simply  can’t create generational wealth and a path to financial independence if this continues. How do you afford an education or start a business if you can’t leverage your home like I did to start Kingsdale?” Hall says.

“We’re looking at the entire ecosystem and looking at racism from all aspects, but we’re using our partners to help us address those issues,” says Hall. “Yes, we want you to address corporate diversity, but also to go into society with your resources to change it.”

For BlackNorth, success is in moving from pledge to practice

Ultimately, the BlackNorth Initiative will be judged on how widely its mission is adopted as practice by those who sign its pledge, and how many of those leaders adopt Hall’s philosophy that corporate clout should be leveraged toward other initiatives that benefit Black individuals beyond the corporate world.

Many of the partners who signed the BlackNorth CEO pledge came with those zeroes that Hall mentions in the makeup of their leadership and talent pipeline. Furthermore, partners may come with the baggage of their broader impact not always creating better conditions for Black individuals.

Hall insists, “There’s no shame in that, but you have to be transparent, and we hope we’re going to see radical change in five years.” With many companies across Canada literally starting from zero, BlackNorth’s actions like the CEO pledge and its Diversity Playbook are a start, but the initiative’s legacy will rest in moving the zeroes, and signatories adopting a whole new ethical framework and approach to business.